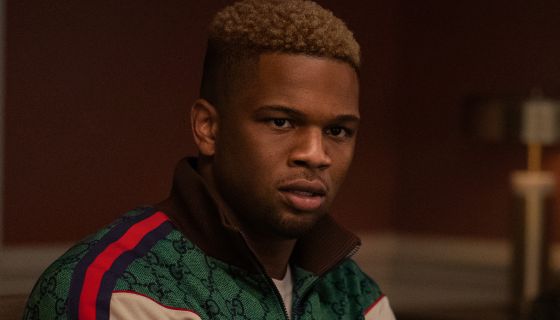 We’re still reeling from Diana choosing the highest form of violence by spilling ALL of the Tejada tea during an explosive dinner scene that shattered the Powerverse.

“She let it all out at the dinner,” said LaToya Tonodeo (Diana) in an interview with TVLINE. “She cooks. She’s like, “I’m going to cook this dinner, and my parents are going to be there, my brother, and she’s trying to hold it in because she gave Monet the opportunity to want to talk.”

[But Monet] brushes her off, So, Diana’s like ‘OK, fine. I gave her the opportunity. Here we go!” [Laughs] It’s described as the nuclear dinner… I don’t know how it’s edited or what we kept, but everyone just went off. Mary [J. Blige] throws stuff. I’m like, oh, my God. There was a moment, I don’t know if they’re going to keep this or not, but she jumped up out of her chair, and she didn’t do that before.

And when she did, at that point I jumped, because she was coming for me! … It was so great. I really hope they keep that. [Editor’s note: They did.] I don’t know if they will or not, but yes it’s the nuclear dinner and we’re dropping bombs. Diana is telling on everybody. Everybody. Even Monet.”

When the smoke cleared, Zeke learned he’s actually 23, not 19, in an unintentionally hilarious moment where he’s more concerned with breaking NCAA rules than Monet being his mother who lied to him his entire life.

What’s even wilder is that Monet maintained the lie for 20+ years, hid her secret from Lorenzo, changed Zeke’s birthday and got him into college with a fake birth certificate.

At this point, it’s all downhill for Monet who paid Carrie a visit that ended with the ill-fated professor hanging in her apartment.

With only two episodes left, we can’t wait to see how Zeke deals with the shock of finding out Monet is really his mother, he’s four years older than he thought, and the death of Carrie.

Do you think the murders get pinned on Zeke? Tell us down below and peep the funniest reactions to Diana blowing up the Tejada family and confusing Zeke on the flip.