Tuesday nights are for “Grand Crew” and we mean that sincerely. 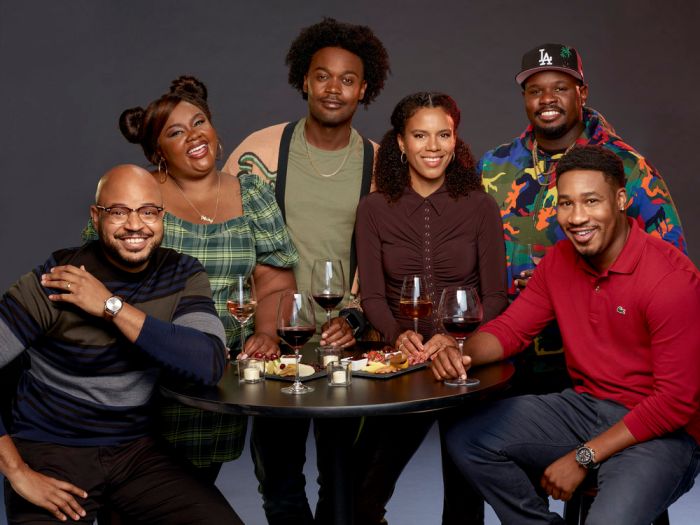 BOSSIP’s Sr. Content Director Janeé Bolden caught up with “Grand Crew” actors Aaron Taylor Jennings and Carl Tart ahead of this week’s episode and discussed the unique way the show portrays Black men and their friendship dynamics. On the show Tart and Jennings play Sherm and Anthony, two very different people who are often forced to find a middle ground since they are roommates. While Anthony is an accountant and UCLA grad who happens to be vegan, Sherm is an anime-loving genius who is currently unemployed.

Aaron Taylor Jennings revealed that the important themes that are tackled in the storyline played a big part in his decision to join the cast.

“That’s ultimately what attracted me to this project,” Jennings told BOSSIP about the show’s comedic take on real issues. “Yes of course there’s so much fun shooting it and hopefully the audience is enjoying that as well, but the fact that it has that heart and it explores those themes in a lighthearted way so it’s not so heavy-handed, so it’s palatable, it’s like hiding the medicine in the soup. That’s important for us to see ourselves in that way, I think it gives us permission to be as we are and then, for other audiences outside of our community, to see us as non-monolithic and human, it’s done that job as well.” 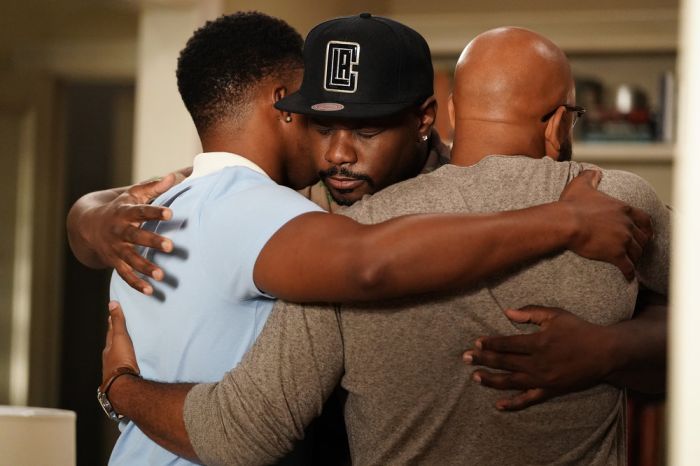 Jennings’ costar Carl Tart agreed, noting that he’s gotten a lot of feedback in his DM’s, both from Black men who see themselves in the show as well as those who feel the characters are soft.

“There have been some dudes that have slid in my DM’s like ‘Yo, what y’all are doing reminds me of me and my friends!’ “Y’all are the group of friends that I wish I had.’ “I see myself in y’all.’ ” Tart told BOSSIP. “Also I’ve had people hitting me up that have been like, ‘Man y’all too soft. I don’t like it. That’s not how a Black man is supposed to be portrayed!” 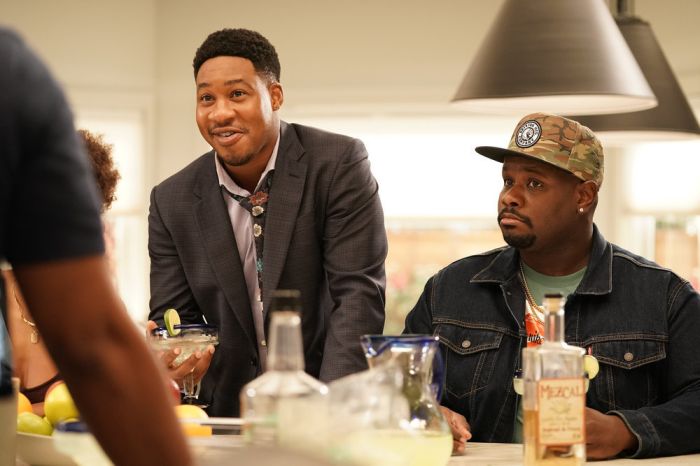 “But who makes the rules on how a Black man is supposed to be portrayed?” Tart continued. “We’ve seen ourselves portrayed in such a negative light in so much media representation that people can’t understand, these are just Black dudes. You don’t have to put us in no box, you don’t have to be like ‘these dudes are THIS!’ Both sides of the coin are people crying out for something they never have had. I think that’s what’s really cool about what we’re doing. So while I definitely will be like, ‘Hold up man, don’t be in my DMs starting ish, you’ll get these hands. I step back and go oh this person needed this.’”

Check out our full interview with Aaron Taylor Jennings and Carl Tart below:

We love to see it.