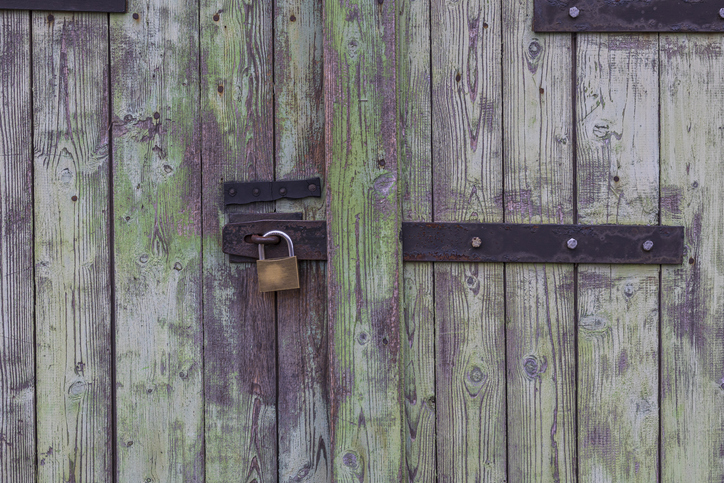 This is one of those stories that might just have you looking at the collection plate a lil’ funny this Sunday. According to a report in PEOPLE, a 55-year-old Georgia pastor named Curtis Bankston and his 56-year-old wife Sophia Simm-Bankston were arrested for operating an unlicensed, unsanctioned, unsupervised “personal care facility” out of their home. More specifically, the locked basement of their home. Authorities say the couple was using a church moniker, One Step of Faith 2nd Chance, to disguise the evil nature of their allegedly sick endeavor that included the imprisonment of 8 people.

On January 13, the Griffin Fire Department showed up at the house after receiving a call stating that a “patient” had a seizure. When they saw that the basement door had been secured with a double deadbolt lock, they called the police.

“Preliminary information indicated that as many as eight individuals resided in the basement of this residence and that they were ‘locked in’ at certain times by the ‘caretakers,’” reads the statement. “The ‘caretakers’ have been leasing this property for approximately fourteen months, using the basement as a personal care home for the individuals, which essentially imprisoned them against their will.”

Those who were held in the Bankston basement ranged in ages from 25-65 and all were suffering from either mental or physical impairments. There’s no telling WHAT type of twisted things these devils were allegedly doing to those poor people. Further investigation showed that the Bankstons not only allegedly imprisoned victims, but they also allegedly gained control of their personal finances, medications, and all public benefits.

The devil works hard but nobody works harder than diabolical people who claim to be doing God’s work.

As one would expect, the couple has hired a lawyer who released the following statement via WXIA that we’re not even sure that he believes.

“Everybody inside this home was here on their own free will, they were free to come and go as they please,” Wimbish said. “No one was kept, held hostage. … You’re not talking about somebody profiting off of the backs of the poor, you’re talking about somebody who’s actually doing what God commanded us to do — go out into the byways and the highways, spread his message, and feed individuals and clothe individuals. He’s doing what his God has called him to do.”

He also alleged that his client was a “Black man under attack.”

If this tis true, hell might be Chateau Elan for these heathens. They need something a lil’ more spicy than eternal damnation.