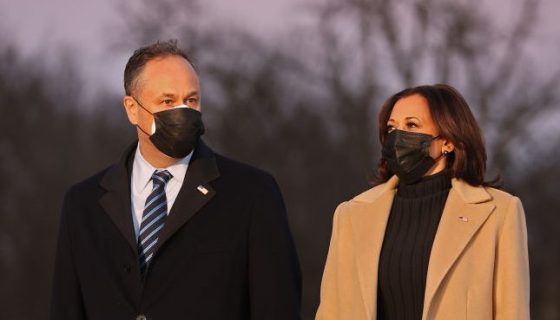 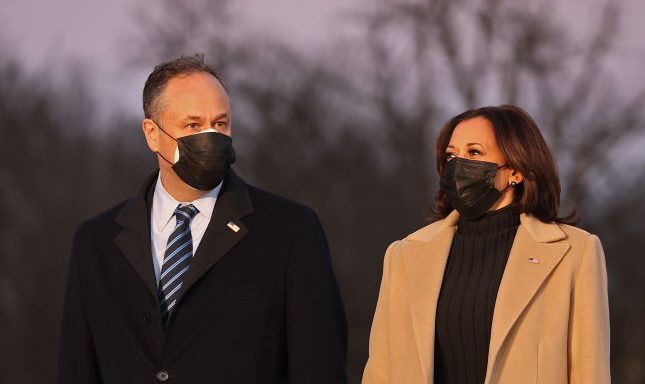 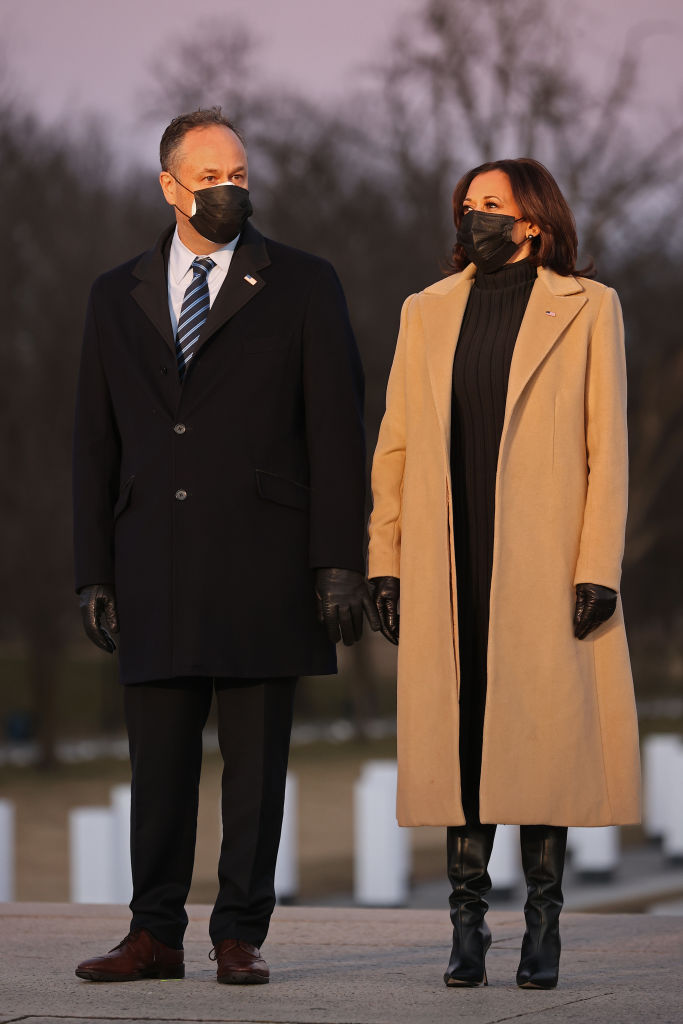 This week has been a memorable one for dozens of reasons — one being our favorite politicians came dressed to kill no matter the occasion.

During yesterday’s COVID-19 memorial in Washington, D.C., Vice President Kamala Harris chose to wear Haitian-American designer Kerby Jean-Raymond. If you aren’t aware, the Pyer Moss founder is known for his social commentary, activism, and generosity. After sharing his thoughts on abolishing the police and working on securing PPE donations for the country, for example, Jean-Raymond launched his own groundbreaking platform meant to empower the next generation of innovators — and all during a pandemic. VP Harris sporting a coat by the up-and-coming icon during the memorial (and on the eve of Inauguration Day) was, no doubt, an excellent and intentional choice.

VP Harris posted a photo of the designer piece on Instagram. Standing next to her husband Doug, and looking toward what we pray will be a better future, she captioned the flick “Though we may be physically separated, we, the American people are united in spirit.” Of course Jean-Raymond reposted the moment, tagging the living legend and adding a “wave” emoji in his caption.

If you missed the Obamas’ Inauguration drip, check that out here. There were also a pair of Dior Jordan 1s spotted on the premises.

New Radicals ‘You Get What You Give’, Andra Day’s ‘Rise...
Scroll to top