Ariana Grande had to postpone two Florida shows on her Sweetener World Tour after suffering an allergic reaction to tomatoes.

24/7 Wall St. has determined the 100 absolute best songs of all time by creating an index based on sales and more. 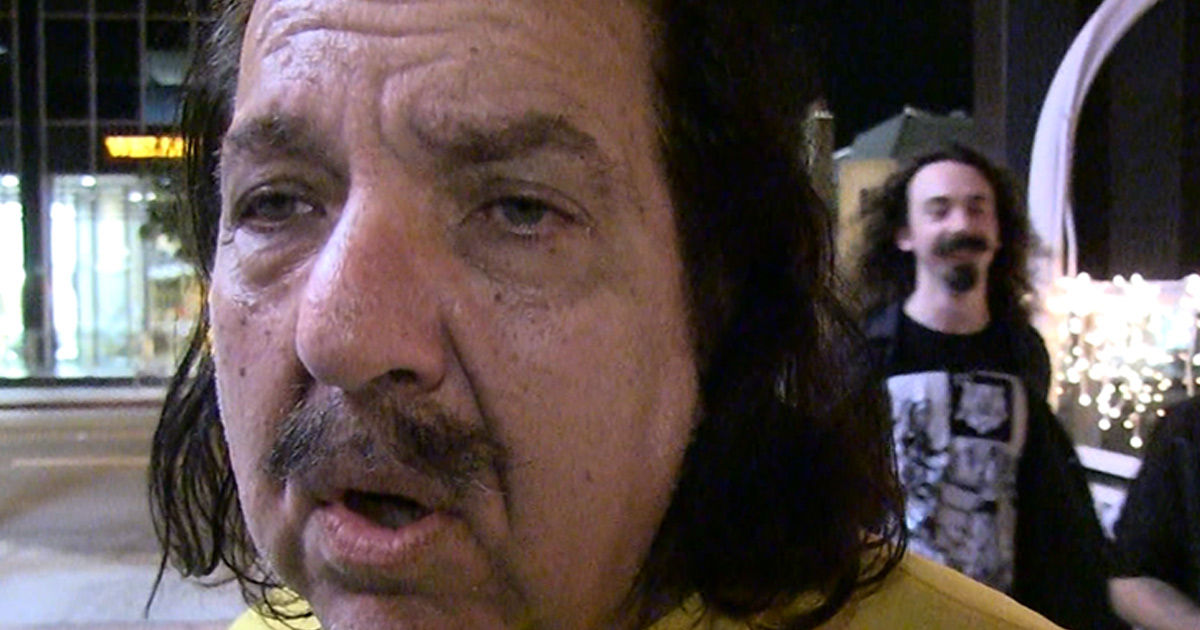 Just hours after Odom went on “The View” and claimed the late Love Ranch brothel owner poisoned him on the day he overdosed back in 2015 … we spotted Ron in L.A. and asked him if there was any truth to LO’s allegation.

Of course, Hof passed away in October 2018 … so he can’t exactly defend himself — but Hof always described Jeremy as his best friend, so he might be the next best person to ask.

“Why would Dennis do this? What could he possibly gain?” Jeremy said.

Jeremy essentially told us he NEVER heard Hof discuss such plans to kill Odom and says he wants to see all of Odom’s alleged evidence.

On the flip side, Jeremy says Hof had a ton of celebrity friends and was always thinking of ways to grow his business … and murdering Odom wouldn’t have been in his best interest.

As for Lamar, he claims his legal team is still actively investigating.

In the pic below, he left some emojis that have sparked more rumors that they are at least flirty again.

We don’t blame him, either. Take a look at some more reasons he’s all up in her comments. Shoot your shot, brother.

This is a dope conversation between Kandi and Tamar Braxton. Did you know that Kandi and Tamar were acquaintances since they were teenagers? Earlier this year, life brought them together on television for ‘Celebrity Big Brother’.

These two speak about throwing shade at each other while in the house, how it brought them closer together and who they secretly had beef with. Spoiler, Tamar had the MOST beef. Tamar actually toured with Kandi after the video was filmed for “The Dungeon Tour.” She also looks amazing here…

Hit play to peep it.

“Iyanla Fix My Life” Returns For 6th Season On OWN

Iyanla is back y’all! “Iyanla: Fix My Life” returns for Season 6 this Saturday, June 1st and if the super trailer is any indication, this one is a doozy!

Here’s more details about the new season of “Iyanla: Fix My Life”

In this dramatic new season of the series, the Mitchell family returns for more episodes in search of Iyanla’s help. In part one, Iyanla reunites with the family and finds that they have fallen back into old patterns: Michael, Jr. has gone back to making lewd videos, Markis’s guilt about failing his family has led to a suicide attempt and one sibling went MIA. In part two of this multi-episode story, Iyanla sits down with the oldest sibling, Kizzy, to help her understand that she is no different from the mother who abandoned her; meanwhile, Iyanla sits Michael, Jr. down with mother Leronda to gain a greater understanding of an untreated mental health issue – one causes emotional outbursts and spurs him to post degrading videos of himself on social media; and lastly, Iyanla addresses the violent breakdown during the previous episode between Marvin and Melvin around one brother’s discomfort with his own sexuality. In a final attempt to move beyond the burden of resentment they hold towards their mother and each other, Iyanla jumps in between the chaos of family squabbles, breakdowns and blowups by making each member face their core issues of deeply rooted mistrust.

In subsequent episodes, Iyanla meets with a troubled young woman born in prison to a drug-addicted mother. Hours before being born, her 22-year-old father was notified he had a daughter on the way—a daughter that he was neither expecting nor sure he wanted. Lil’Karla marinated in a womb of “unwantedness” and grew up among family that she claims raised her in that same spirit, which she uses as an excuse for a lifetime’s worth of bad behavior. Also, Iyanla proves the old saying “If it’s not one thing, it’s your mother,” as she deals with two separate cases of manipulative women who will do anything in their power to control their adult children, followed by a couple who are desperately trying to save their marriage. Iyanla continues her work as she sits down with a father and his three sons – two of which he suspects are not actually his.

YIKES… Sounds like a lot of family drama that many of us can relate to — or hopefully are blessed enough not to relate to.

OWN is also launching a podcast version of its award-winning series “Iyanla: Fix My Life” available June 18 on Apple Podcasts. The “Iyanla: Fix My Life” podcast will feature previously aired content from the critically-acclaimed series’ most popular interviews featuring spiritual life coach Iyanla Vanzant, as she helps those who are struggling, guiding them toward a new way of living and encouraging them to do the work necessary for real change.

“Iyanla: Fix My Life” will return to the network’s Saturday night lineup with its new episodes beginning Saturday, June 1 at 9:00 p.m. ET/PT on OWN: Oprah Winfrey Network.

Hudson took the stage at the end of the program as a surprise guest, closing the show with a musical performance honoring the Queen of Soul.

“Two Tickets to Paradise” singer Eddie Money is heading to the operating room for heart valve surgery this week. But he'll be back on the road soon.

Congratulations are in order! This past Tuesday, Lonnie G. Bunch III became the first Black man to lead the Smithsonian Institution, as it was announced that he will replace David Skorton as secretary.

“I am excited to work with the Board of Regents and my colleagues throughout the Institution to build upon its legacy and to ensure that the Smithsonian will be even more relevant and more meaningful and reach more people in the future,” Bunch said in a statement, USA Today reports.

“Lonnie Bunch guided, from concept to completion, the complex effort to build the premier museum celebrating African American achievements,” Roberts said, according to CNN. “I look forward to working with him as we approach the Smithsonian’s 175th anniversary, to increase its relevance and role as a beloved American institution and public trust.”

“According to the institution, in addition to working at the African American museum, Bunch also had stints at the National Museum of American History and the National Air and Space Museum, and served for a number of years as president of the Chicago Historical Society,” the site continues.

As stated in the announcement above, Bunch will oversee 19 museums, 21 libraries, the National Zoo, and more. Now, that’s Black Excellence!

This past weekend Meek Mill blew the whistle on the Cosmopolitan Hotel and Casino in Las Vegas when a couple of soup cookie security guards stopped him and the Dreamchasers from entering the building.

TMZ ran up on Swae Lee and asked him what he thought of the situation. Ironically enough, he says he JUST had an incident there as well.

Press play below to find out what happened.