First Toys R Us, then Payless, now Victoria Secret! The popular womenswear manufacturer announced that they’ll be closing 53 stores in the U.S. after a decrease in 2018 sales.

The difficult holiday period and planned store closures are the latest turmoil for the brand. In November, Victoria’s Secret’s CEO resigned. In December, its annual fashion show sunk to its worst ratings ever. The company closed 30 stores last year as it tried to escape weak malls.

A list of which stores will be impacted by the closings has not been released. Sad day for panty lovers.

BlocBoy JB is currently in custody after turning himself in to Tennessee police on Thursday on charges of drug and paraphernalia possession and theft of property. Shelby County Authorities said over the weekend that the “Shoot” rapper, whose real name is James Baker, was also wanted for being a convicted felon in possession of a handgun.

Breaking: SCSO needs help in locating James Baker,22, better known as BlocBoy JB. Baker is wanted for poss of drugs & drug paraphernalia, a convicted felon in poss of a handgun, & for theft of prop. Anyone with tips regarding Baker’s location is asked to contact law enforcement. pic.twitter.com/aaTQ5mjHGB

Despite posting several videos on Instagram after a warrant was issued for his arrest, BlocBoy decided to turn himself in peacefully today.

Nick, Joe and Kevin Jonas are getting back together as the Jonas Brothers after a six-year hiatus

The body of a missing Boston woman has unfortunately been found, according to her family and authorities close to the investigation. A nationwide manhunt was underway for a suspect in connection with the disappearance of Jassy Correia, a 23-year-old Boston woman who was last seen leaving a nightclub after midnight on Sunday with an unknown man.

That man was later identified as Louis D. Coleman III who was stopped in Delaware during a police chase.

Police and family of Jasmine Correia are confirming that a body was found in Coleman’s trunk.

“Louis D. Coleman III has been located and placed under arrest in Delaware,” Boston police released a statement. “A body has been recovered and we are awaiting a positive identification at this time. The cause and manner of death are pending. This remains an active and ongoing, multi-agency, multi-jurisdictional investigation. Additional information will be provided when available.”

We’re sending our sincerest condolenes to the family and friends of Jassy Correia.

According to US Magazine, this is not the first time that Jordyn Woods and Khloe Kardashian have bumped heads over a mutual man.

“Jordyn definitely didn’t have Khloé’s blessing to hook up with James,” a source tells Us Weekly exclusively, adding that Kardashian “was definitely pissed at the time” when she found out.

Let the “source” tell it, Khloe and Harden weren’t together at the time, but Jordyn “has a history of omitting facts and crossing lines.”

Word is that Jordyn initially denied getting some of that beard, but at some point we assume she came clean. No pun intended.

If you guys haven’t seen Jesse Williams in a brand spankin’ new commercial, titled The New Normal, created for the popular MedMen dispensary chain, it’s pretty damn dope. The commercial chronicles the history of cannabis from the Founding Fathers to the present, and captures the dynamic story from prohibition and injustice to mainstreaming marijuana. The award-winning and diverse team behind the commercial is comprised of individuals who have personal ties to cannabis, including star Jesse Williams, Director Spike Jonze, Academy-Award nominated cinematographer, Bradford Young and production designer currently working on new Lion King movie, James Chinlund.

We love the subtle use of the signature red MedMen bag at the end! 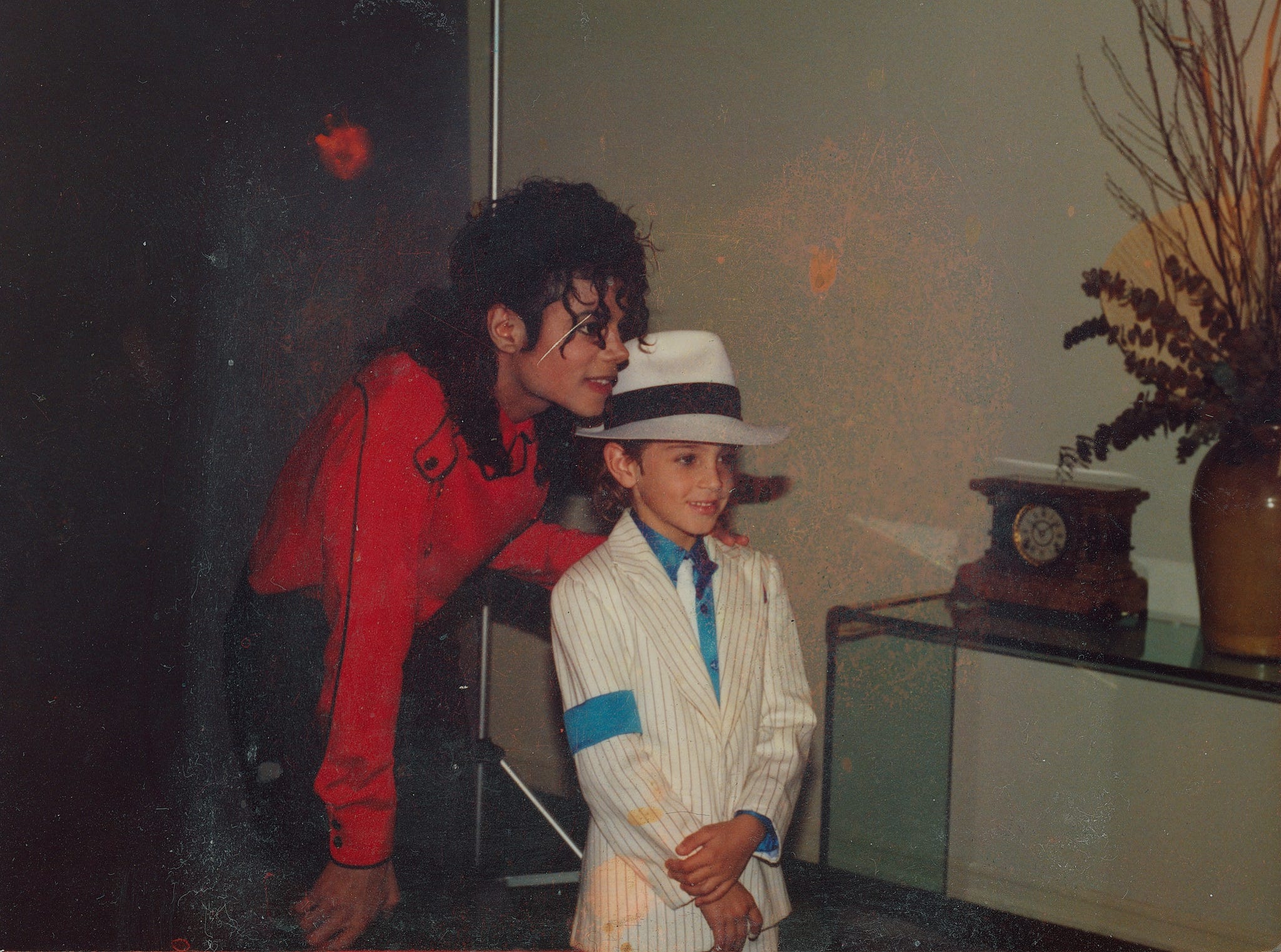 According to Daily Mail, two dozen NutriBullet owners across the U.S. have been left with severe burns and deep lacerations after the blender exploded in their hands. Courtney Bebe tells them that a blender shredded her thumb, leaving the walls bloody. Her lawyer says this has happened to hundreds of others too.

Anderson Paak’s “Andy’s Beach Club” stopped through Atlanta last Monday and blew away the crowd at the Coca-Cola Roxy. Bossip was in the building snapping photos and Lourdes really got some good ones for y’all. Check them out below:

Kim Zolciak’s oldest child recently blew out 22 candles on her birthday cake. Brielle Biermann marked her 22nd birthday by popping some bottles and exposing some skin.
The reality star first posed with a big ole bottle of champagne and pursued her (admittedly) injected lips.

Kim’s also wished Brielle a happy birthday and he posted throwback pics of her over the years.

In case you’re curious about Brielle’s excessively plumped puckers, she recently told PEOPLE she knows people think she went “overboard” with her lip fillers, but she insists that they just look extreme in pictures.

“I will say, in some pictures, they do look a little crazy, but I feel like in person they’re actually not,” she told the magazine. “Since I was 14 I was like, ‘I have to have my lips done right when I turn 18,’” she revealed. “If I could’ve done it sooner I would’ve and I don’t regret it. I don’t think I’ve gone overboard like people claim.”

More Brielle Biermann on the flip.

Brielle also posted a Boomerang of her (possibly) plastic parts popping out her shirt for her b-day.

Despite whatever the weirdo fanboys and fangirls thought, Pete Davidson isn’t here for anyone sullying the name of deceased rapper Mac Miller.

According to TMZ, Davidson was performing a comedy set at the South Orange Performing Arts Center in New Jersey and began a joke with: “My friend died in my apartment.”

Some jackass in the audience yelled out “Mac Miller????”

Pete was NOT happy. Listen to what happened in the audio below.

There aren’t many people in the world who have a bucket list quite like Will Smith. Now you can join him on his unbelievable adventure as he travels the globe, takes on insane challenges, overcomes obstacles and punches fear in the mouth! Tag along with Will on his journey as he takes part in a Bollywood movie, skydives in Dubai, performs stand-up comedy with Dave Chappelle, and so much more!

Episode 101: Will Smith’s Bucket List: Skydiving – Will Smith has one wish for his 50th birthday – that his wife Jada Pinkett Smith goes skydiving in Dubai. Will he be able to convince her? And if not, will his sons Trey and Jaden Smith step up to the task of getting Jada to take the ultimate plunge?

Episode 102: Will Smith’s Bucket List: Swimming With Sharks – To Will Smith, nothing is more frightening than the ocean… well except for maybe the creatures that live in it. Join Will as he checks off another item on his Bucket List that may have been better off unchecked: swimming with sharks.

Episode 103: Will Smith’s Bucket List: Cuba – Will Smith’s bucket list isn’t all fun, games and jumping out of planes. Watch as he heads to Cuba and pushes the limits of his mental and physical strength by running a half marathon in sweltering heat with less than 3 weeks of preparation.

Episode 104: Will Smith’s Bucket List: Bollywood Dancing – Philly to Bel-Air. Hollywood to Bollywood. Watch as Will Smith travels across the world to knock off one more item from his Bucket List – dance in a big budget Bollywood movie.

Episode 105: Will Smith’s Bucket List: Stand Up Comedy – No Bucket List challenge has made Will Smith quite so nervous as performing stand-up comedy in front of a sold out crowd. He enlists the help of his friend and comedy legend Dave Chappelle to help him craft the perfect set so he doesn’t embarrass himself front of all his friends and family.

Episode 106: Will Smith’s Bucket List: F1 Racing – Will Smith and his son Trey head to Abu Dhabi to kick their father-son bonding into high gear in winner take all, one on one F1-style race. With help from F1 champion Lewis Hamilton, can Will Smith check one more item off his bucket list or will Trey prove once and for all that he’s the faster Smith?

Hit the flip to watch the first episode.